The Vivid Angel will be at the @LondonBurlyFest doing only two special appearance on the Festival, first show will be on the MAY 17 *DRAG-STRIP* where she will perform the Vaudeville Classic Burlington Bertie show. Doors 7pm, Showtime 7:30pm. The second show it the world famous Vaudeville Freakshow on the JUNE 14 *DANGER STRIP SHOW*@ BUSH HALL 310 UXBRIDGE RD, W12 7LJDoors 7pm, Showtime 7:30pm. #londonburlesquefest #thevividangel #vividangel #burlesque

New Year is coming and its a new start for Vivid Angel. I just wanted to say thanks for all the years of your support of my show work and I will miss lot of club, events and performers and some promoter. But its time to move on and puss my self as a artist and I am a little scared, but excited all at the same time. I hope you will keep supporting my art and I wish you all amazing New Years. See you on the other side! #thevividangel #vividangel #newstart

What can I say about my Night for the Blue Stocking Lounge It's was the most beautiful and fun end of my 30 years as a Entertainer! I can't say "thank you enough" to Lilly Laudanum for the wonderful memory you have given me that night and I want to say thanks to our cast for celebrating my departure of Burlesque and Cabaret world. A big thanks to everyone in the crowd when I done my last act and look up, I got a standing ovation from every one in the room and I did burst into

Meet The Performer: Vivid Angel, Performing This Saturday at Swansea Grand Arts Wing December 11, 2017 · by ronnie Well, it’s nearly Christmas, and it wouldn’t be the same without an angel, would it? and we’ve got the most Vivid kind hitting the Arts Wing this saturday! Those who were at our Christmas show in 2015 might remember the Vivid Angel – we mean, how can anyone forget her inventive shows that often feature sideshow shenanigans. Originally from Holland, for two decade

Vivid Angel has been trying to reduce what is a formidable career. If anyone was ever to ask me to criticise any performance Vivid Angel has done I could not for she is pure class and her heritage marks this... from model with Demask with some great faces and now friends she made the leap to performer, it was the right step. At the very first Manchester TG in which I was lucky enough to orchestrate I once compared her to falconetti. Never a truer word was spoken. Vivid Angel,

24 years ago when the first Wasteland Party toke place in Amsterdam and Vivid Angel was there help to Kick it Off!!! Its been my second Longest Running Gig I had in my show girl life and Tomorrow night I'll be there doing my last ever show for the Wasteland party! PERFORMANCE DETAILS Schedulded performances: - Black Widow's Last Dance at 01:00 (area: BURLESQUE) - Ritual of Black Star at 03:15 (area: AREA48) #thevividangel #vividangel #Vicktor #Wastelandparty #amsterdam #M

23 years ago when the first Wasteland Party toke place in Amsterdam and Vivid Angel was there help to Kick it Off!!! #thevividangel #vividangel #Wastelandparty #amsterdam #earlydays #24years 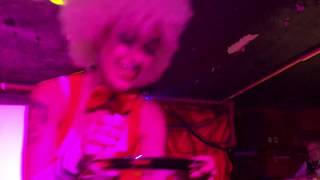 Thanks to Hazel Nelson for tapping my Show Party Monster at the TG Halloween and don't forget to subscribe to my youtube!!! #thevividangel #vividangel #TortureGarden #PartyMonster #ClubKid

The official last show for Torture Garden is been a 25 years of amazing, crazy, sexy, wild shows for them and it was a great last show and thanks to every one how was there to see it. The Last show was Party Monster Rehabe, a tribute to the 90's Club Kids and I got great photos of the lovely Dafydc Owen thanks so much mate. #vividangel #thevividangel #TortureGarden #halloween #2017 #PartyMonster 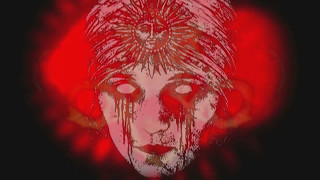